The Wall's Society: The Social History of German-German Migration, 1961-1989

Divided Germany is often perceived as shaped by ruptures, borders, and boundaries alone.  Yet, it also experienced continuing exchange, cross-border connections, and mass-migration.  Social relations bridged the border and eventually created the wall's society, one divided German society that negotiated the social and cultural consequences of separation and entanglement.  This book project explores this contested history and suggests a new frame to rethink German-German social relations as shaped by a multi-layered migration regime. 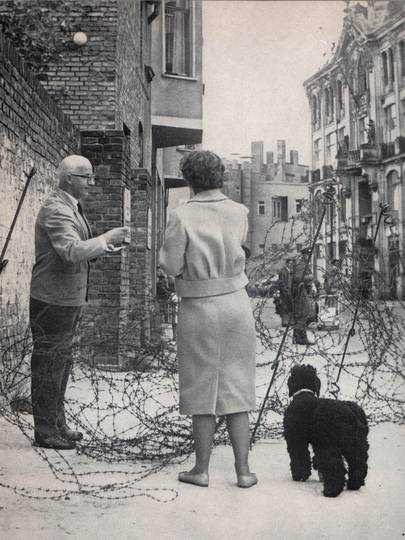 On both sides of the wall intra-German migration was of greatest concern.  The East-German government established its rule based on the omnipresence of its secret service, powerful internal administration, and refined border control.  Historians, however, should be reluctant in following presumptions of overall domination.  While the installation of the Berlin Wall suggested the SED-state's complete control over its population, the two societies remained entangled.  With close ties to Western organizations and family members, prospective migrants constantly challenged external and internal boundaries.  Subsequently hundreds of thousands of migrants forced the system to let them leave to the West on legal terms and despite the criminalization of their actions.  Also on the Western side, a huge variety of social actors, from the changing governments to organizations and family members, negotiated and tried to alter the realities of division according to their agenda.  Some actors pushed hard to support emigration as a means to destabilize GDR while others considered this emphasis a threat to rapprochement.  Because of its centrality to German-German relations, migration was also used as a scapegoat to address topics far beyond mobility, like state sovereignty, Cold War politics, and cultural missions to “win over” the other state's public.

Building on extensive archival research from both sides of the border as well as on contemporary and recent literature on either states, this book formulates an argument to understand divided Germany by patterns of division as well as through practices of entanglement.  By focusing on "social negotiations" as the core of German-German relations, the book aims to bring together innovative approaches to the history of German relations as a social and cultural phenomenon with approaches to transnational migration as a complex process of negotiating power formation.  It grounds in the concept of a migration regime, the convergence of a multitude of conflicting rules, norms, institutions, interests and practices that shape migration in a given international context. 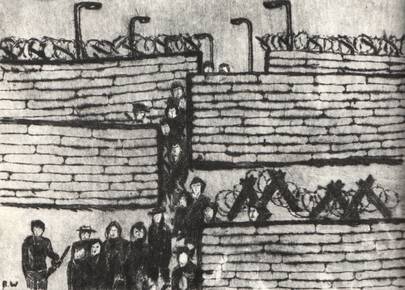 Migration was a major challenge on both sides of the border.  Therefore the analysis of the German-German migration regime allows to demonstrate the greater social effects of division, its meaning and the practices and pitfalls of German-German relations from the individual to the state level.  It leads to the argument that parallel to the state-centered establishment of two different cultural societies in East and West one unifying “wall society” emerged in a highly contested atmosphere.  In a multitude of ways, actors on both sides of the borders were involved, concerned or even obsessed with the existence of another side.  Hence, the book specifically focuses on migrants' practices, the states' changing approaches to migration, and various organizations that took on the subject in the attempted to alter public discourse.

Instead of understanding both German states as travelers in opposite directions, I argue that both societies were like drivers of fast running cars who, instead of looking at the road in front of their own car, constantly peeked sideways and focused on the actions of the other driver in order to find their way.  In the end, in contrast to Willy Brandt's dictum did not "grow together what belonged together" but what wanted to belong together.  This will was actively kept alive by a multitude of actors, despite of major and growing differences between the two states and societies, and seminally altered by the urging presence of hundreds of thousands prospective emigrants.  Finally this very will formed the essence of German-German relations, the formation of the wall's society.